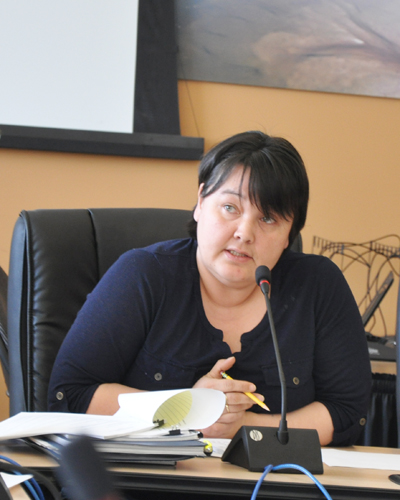 Julie-Ann Berthe was probably in the 1980s into a family living in Kuujjuaq, Nunavik.

Julie-Ann Berthe can be credited with one literary contribution: a short story entitled «La légende des aurores boréales » and published in Sivunitsavut, the student magazine containing the writing of Inuit students who attend Cégep Marie-Victorin in Montréal. This story discusses the danger children may experience if they are outside late at night, defying the Northern Lights. Julie-Ann Berthe has specialized to work in the childcare environment and she is currently the Deputy Director of Childcare Services in Nunavik, a branch of the Kativik Regional Government. Kativik Regional Government was founded in 1978 to manage the funds allocated to Inuit communities by the James Bay and Northern Québec Agreement (1975). In this role, Julie-Ann Berthe administers grants for early childhood, manages the renovations of daycare buildings and also ensures the well-being of young children, with programs focusing on cognitive awakening and healthy eating (balanced diets). She worked with many other contributors for seven years, to create a bilingual cookbook (Inuktitut, English) for families. The ᓄᓇᕕᒻᒥ ᐃᓚᒌᓄᑦ ᓂᕐᓯᐅᑏᑦ. Nunavik Family Cookbook was published in 2014 by the Avataq Cultural Institute, the Kativik Regional Government and Laval University and was so popular in Nunavik and was so popular in Nunavik that the decision of a reprint was taken in 2015.  As an employee of the Kativik Regional Government, Julie-Ann Berthe was also involved in "Living in Northern Québec". This project by Laval University’s School of Architecture aims to study the communities, living environments and governance in Nunavik and Nitassinan. Julie-Ann Berthe presented with others their thinking process on issues related to the development of Inuit early childhood education at Inuit Studies Conferences in 2016 and 2019. She was also supportive of the creation of a construction game for children developed by the University of Québec in Montréal’s School of Design, "Sanannguagait". "Sanannguagait" contains construction pieces inspired by Inuit syllabics and it has been in use in Nunavik daycares since 2018.

In 2019, Julie-Ann Berthe was part of the first graduating class to complete a diploma in the Management of Childcare Centres from the Cégep de Saint-Félicien, located in Québec’s Saguenay-Lac-Saint-Jean region. Her home is in Kuujjuaq where she lives with her family.

This biography is based on the available written material during a collective research carried out during 2018-2021. It is possible that mistakes and facts need to be corrected. If you notice an error, or if you wish to correct something in an author's biography, please write to us at imaginairedunord@uqam.ca and we will be happy to do so. This is how we will be able to have more precise presentations, and to better promote Inuit culture.

(c) International Laboratory for Research on Images of the North, Winter and the Arctic, Université du Québec à Montréal, 2018-2021, Daniel Chartier and al.